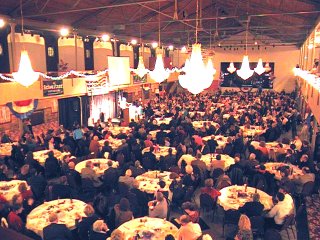 It's been a busy week. On Saturday, I went to the state Democrat gathering in Helena for campaign training by day and the big Dem festivity, the Mansfield-Metcalf dinner, that night. I met great people; candidates for office, current and former legislators, engaged citizens, professional campaign types.

The crowd was impressive, the room beautiful, the food fantastic (thanks, Front Street Market in Butte, MT!) I spoke with Governor Schweitzer and Senator Max Baucus, as well as state senator and candidate for US Senate Jon Tester and State Auditor and candidate for US Senate John Morrison. I even bid on the Pearl Jam poster in the silent auction (unsuccessfully--rats!) It was a great time after a very productive day. Democrats can really dance.

Earlier that week, I was out supporting my fellow Democrats! On Wednesday, our state chairman was here, Dennis McDonald, talking to the party faithful. The next night, Thursday the 9th, I and many local candidates attended an event for Jon Tester.

On Friday, I attended a lunch forum about renewable energy. I spoke with Bob Raney, our local rep on the Public Service Commission, about wind energy and the proposed wind farm in Livingston, directly east of my district! We had a valuable conversation. I supported Jon Tester's bill (SB415) which passed in the last legislature requiring Northwestern Energy to get 15% of its electricity from renewable resources by 2015. Currently, they're getting 7% from wind! More, and we could load the power grid with electricity to sell to other states. We talked about coal gasification, too; energy is one of Montana's strongest economic assets. It was good to talk to one of five of our PSC members about viability, production, and furthering our independence from petroleum. 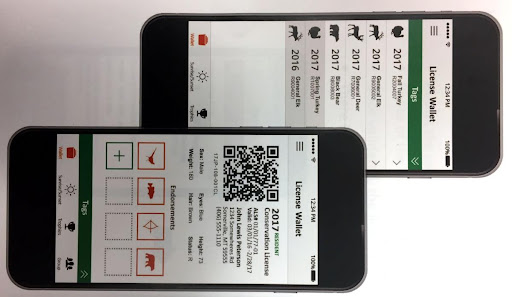